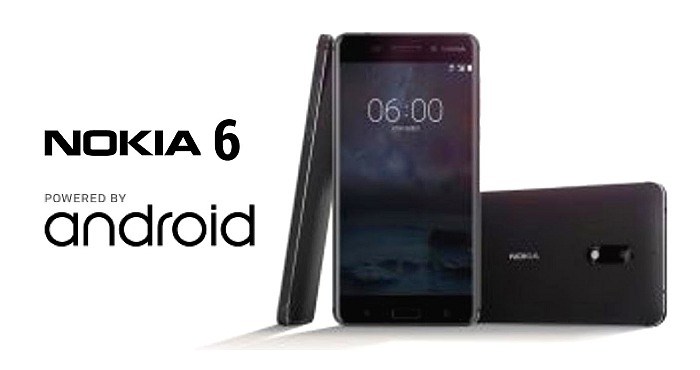 Users of Nokia 6 got an update for latest version of Android Nougat 7.1.1. Not only this, the users got an update for April 2017 security patch. The build number of the update is 00CN_3_170 whose size is 369 MB, So WiFi is recommended network for downloading.

Some new features in this Android 7.1.1 software update are sending gifts from keyboard to supported apps, more emojis and app shortcuts directly from the home screen. This puts Nokia 6 in the list of few smartphones that have Android 7.1.1. Once users download the update, they will experience power saving features and improved background apps management. In the new update, you will get the support for 3G/4G dual standby, few improvements in Nokia USB drivers and improved connectivity features of Nokia 6. The best thing in the update is that you will get the latest security patch from Google which is April 2017 security patch.

This latest update in the Nokia 6 shows that HMD cares about its phones and supports it very well. HMD promised interested consumers which asked question on Twitter about updates in the latest Nokia branded smartphones that they will give the monthly update to the Nokia branded smartphones. These updates will prevent Nokia users from any vulnerabilities and it will help them to get latest features of Android OS.

In the Nokia 6, you will get a 5.5 inch full HD display. The resolution of the screen is 1920 x 1080 pixels. You will get a 64 bit Octa Core Snapdragon 430 processor. For gaming lovers, it has Adreno 505 GPU. There are two variants of the phone – 32GB internal storage with 3 GB RAM and 64 GB internal storage with 4 GB of RAM. You can expand storage via micro SD card.

Nokia 6 supports non-removable 3,000 mAh battery. For fast charging, it supports Qualcomm quick charge 3.0. This Nokia 6  is only available in China and some other markets. HMD promised Nokia lovers that it will launch Nokia 6 and some other smartphones such as Nokia 3 and Nokia 5 in 120 markets at 2nd quarter of 2017. HMD has many hopes with Nokia Smartphones and doing hard work to make Nokia a hit again.