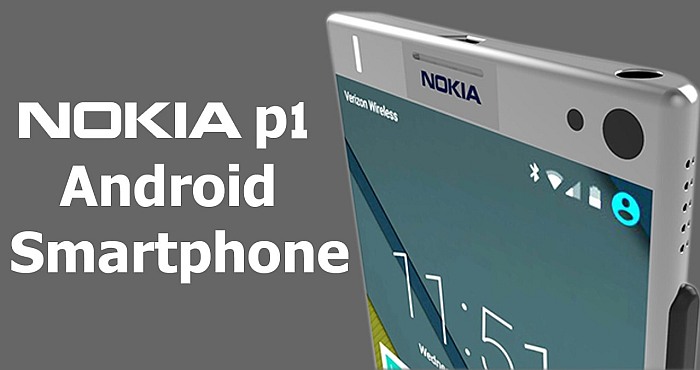 Recent Android news reported that the press render of Android powered Nokia P1 has been launched. It was in May that Nokia got hold of diverse kinds of deals that would let the company license for use on Android powered tablets and Smartphones. Foxconn (contract producer) and another firm called HMD are among the companies that will take part in this deal. The second company is packed with former executives of the mobile division of Microsoft.

A press render recently disseminated purportedly revealed a new Nokia branded Android powered Smartphone referred to as the Nokia P1. This new gadget was apparently manufactured by Sharp/InFocus engineers. You may remember that Foxconn acquire Sharp earlier this year, everything therefore appears to be related.

That is the reason the phones appearing in the image could be similar to that of the Sharp Aquos P1. A Nokia renowned phone alternative of the phone is pretty likely, taking into account the restricted distribution of that model. Bear in mind that the arrangement between Foxconn and Nokia is actually all about licensing the Nokia name.

This does not imply that the image is a counterfeit in view of the fact that it would show that the Nokia P1 is a reformed edition of the Sharp Aquos P1, only for the reason that the logo looks skewed. When you look at the names of the players involved in the two phones, it makes sense. Apparently, both Foxconn and Sharp figure prominently in this deal. Furthermore, Foxconn is highly involved in the deal by Nokia to license its name for latest tablets and phones.

It looks as if the phone will be accessible in salmon and blue. Regrettably, there is no any additional information like pricing, specs or a date when this may be made official by Nokia. Grab the container of salt, considering the one that will be suitable for you out of the stuffs in question.