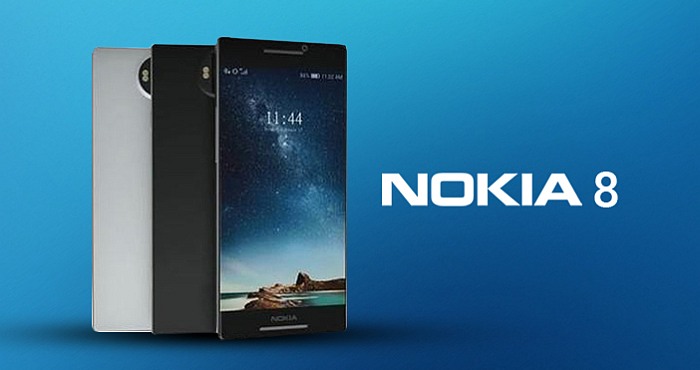 Recently, Nokia unveiled its Nokia 3, 5, 6 and 3310 handsets to the market. Regardless of Nokia’s large list of handsets, the Nokia 8 got away. The flagship smartphone will operate on Android, and is anticipated to have an octa-core processor with a Snapdragon 835 chipset, high-end Zeiss camera lens as well as a fingerprint sensor. Recent gossips suggest the flagship will be launched in June 2017. Though, Nokia might decide to launch it later in the year. In case it happens, we will update you.

The phone is thought to have a 5.7-inch display, hence it will be the biggest phone ever produced by Nokia. The display is said to be a Quad HD (1,440 x 2,560) IPS screen, which will deliver a 515ppi pixel solidity such as the Google Nexus 6P. The smartphone could also come in two distinct storage capacities, thus will be available in two different prices.

Centered on the Nokia 5 and 6 design, we anticipate it to deliver rounded edges, data port and a 3.5mm headphone jack and a USB 3.1 Type-C charging. Since it is a high-end handset, we also anticipate to get a fingerprint reader incorporated in its front-capacitive key, as seen in the Nokia 6.

We won’t be astonished to see Nokia comprise a 24-megapixel rear camera, which regarding to GSM Arena, will contain phase-detection autofocus as well as dual-LED flash with a capability to record video at 1080p at 60fps and 2160p at 30fps. A massive 12-megapixel front camera can also be anticipated.

Apart from its processor, chipset and GPU, we anticipate the phone to come in either 64 or 128GB storage capacities, which is expandable to 256GB thru its microSD extension slot. We also expect 6GB of RAM that is to be comprised. The Nokia 8 is also thought to be a dual-SIM 4G handset.

The phone might contain a fixed lithium-ion 3,200mAh battery, and Qualcomm’s fast-charging abilities, capable to charge in less than 45 minutes to full. Additionally, the phone will operate on Android 7.1.1 Nougat. Since its Nokia 6 already operates on v7.1.1, it’s greatly expected that Nokia 8 will also include Android Nougat.

In the price side of things, if Nokia really wants to attract attention to its flagship phone, we’d anticipate the price to be cheaper; simply time will tell. To sum up, we don’t think the smartphone to be water-resistant or contain dual front stereo speakers, since no other Nokia handsets in the past contained this functionality.

Posted in News Tagged with: Nokia 8